A to Z Challenge – travels round Leicester with my camera No 18. 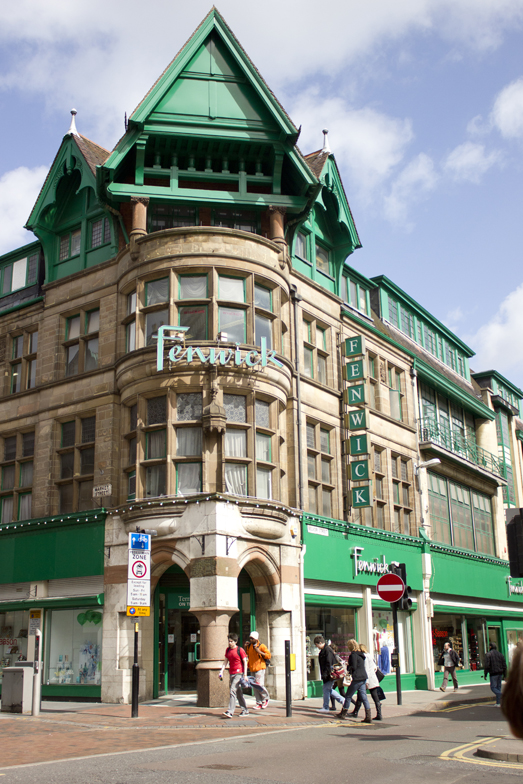 Some retail therapy for the weekend with this Leicester landmark on the corner of Belvoir Street and Market Street. As often as not there’s someone waiting by the doorway for a friend they’ve arranged to meet. I’ve waited on this corner a few times myself.

Dating from 1880, this building was designed by Isaac Barradale. Barradale was an exponent of the Arts and Crafts movement and was an important influence on Leicester and designed several private houses in the Stoneygate area of the city.

The building was originally Joseph Johnson and Company, a drapery store. It was taken over by Fenwicks in 1962. 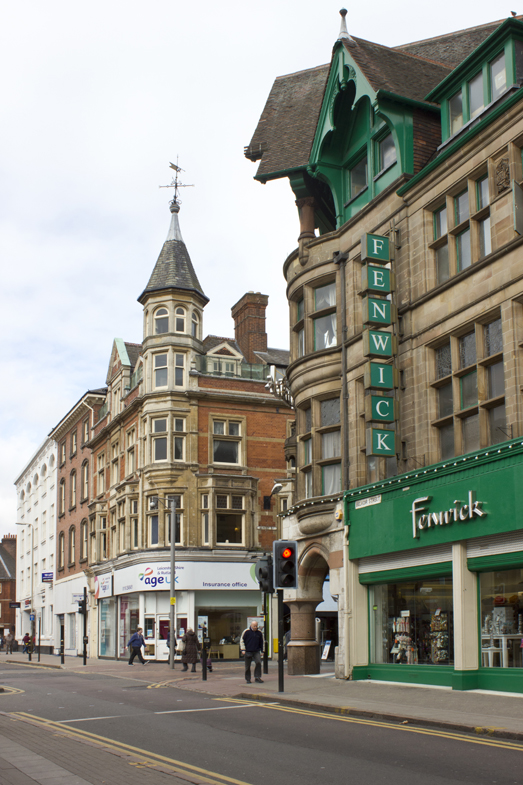 This view shows another Barradale building on the opposite corner. 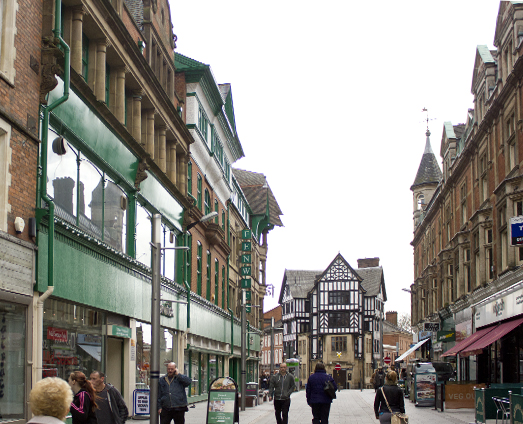 Looking down market Street the black and white mock-Tudor building at the end is the former General Accident Building, now a nightclub. It was built in 1930 and designed by G.P.K. Young.