A to Z Challenge – travels round Leicester with my camera No 7. 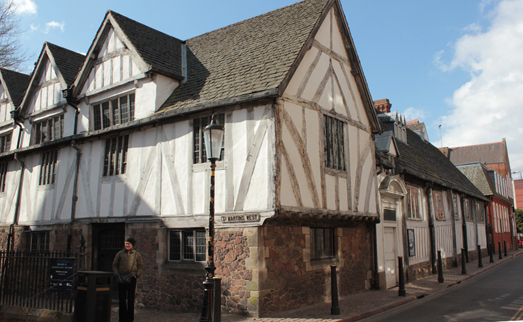 Today we go back to the fourteenth century and take a look at the Guildhall. This small but perfectly formed corner is about as far as you can get from hustle and bustle of the city centre although it’s just a short step away.

Built around 1390 for the Guild of Corpus Christi, a small but powerful group of businessmen and gentry, the Guildhall is one of the finest timber framed halls in the country. Between about 1495 and 1875 it served as the Town Hall and in 1632 the Town Library was set up in the East Wing. It was opened as a museum in 1926.

It currently houses a small temporary exhibition about the discovery of Richard III’s remains which were excavated near by. 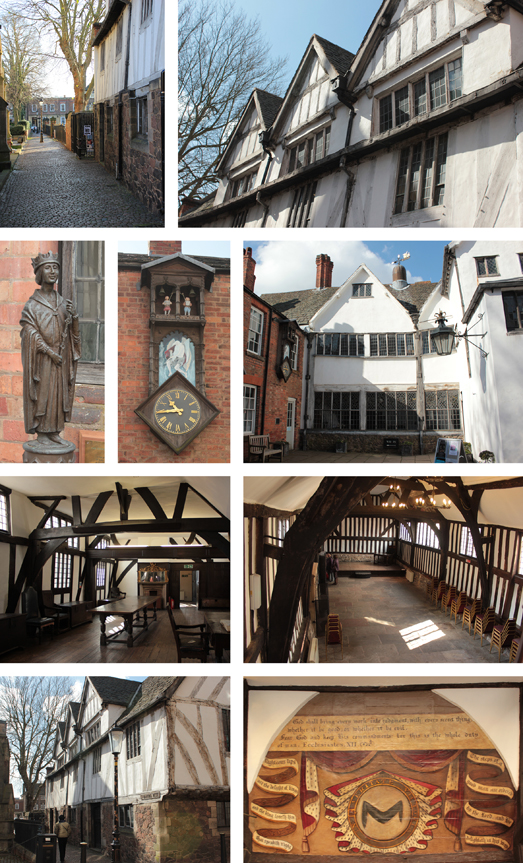 The courtyard clock is a recreation of the automaton clock on All Saints Church, Highcross Street which I featured in a previous blog. (see here)

The statuette is a bronze figure of Ethelfloeda, Queen of Mercians, daughter of Alfred the Great who repelled the Danes from Leicester in 918 AD. In fact it is a replica of one that surmounted a drinking fountain in Victoria Park which was stolen in 1978.

The Great Hall was also used as a court house and there are cells underneath where you can see a gibbet. Gibbeting was was the practice of publicly displaying the bodies of executed criminals inside a cage as a warning to others.