A to Z Challenge – travels round Leicester with my camera No 9.

I used to be a typographer (still am at heart) so when I decided to do the A-Z Challenge, I thought it would be a nice idea to photograph some found lettering and create a banner for each post. I haven’t gone out actively searching for letters but if I spot something interesting I take a quick shot.

When I saw these, I couldn’t resist. Later when I sat down at my computer I realised they didn’t fit the banner layout but they’re so nice I thought I’d give them star billing. They’re on the front of the newly renovated railway station. 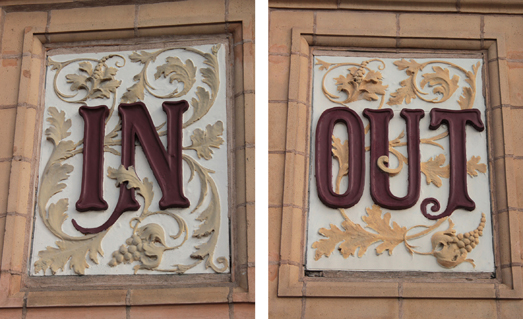 The station was built for the Midland Railway Company to replace an earlier one in near-by Campbell Street. It was opened in 1892 and completed in 1895 and although the rest of the station has been greatly altered the ‘Porte Cochere’ on the front has survived largely unchanged.

It was designed by the architect Charles Trubshaw and the ornamental gates were designed by Thomas Elgood who together with his two brothers ran an art metal company in the city. 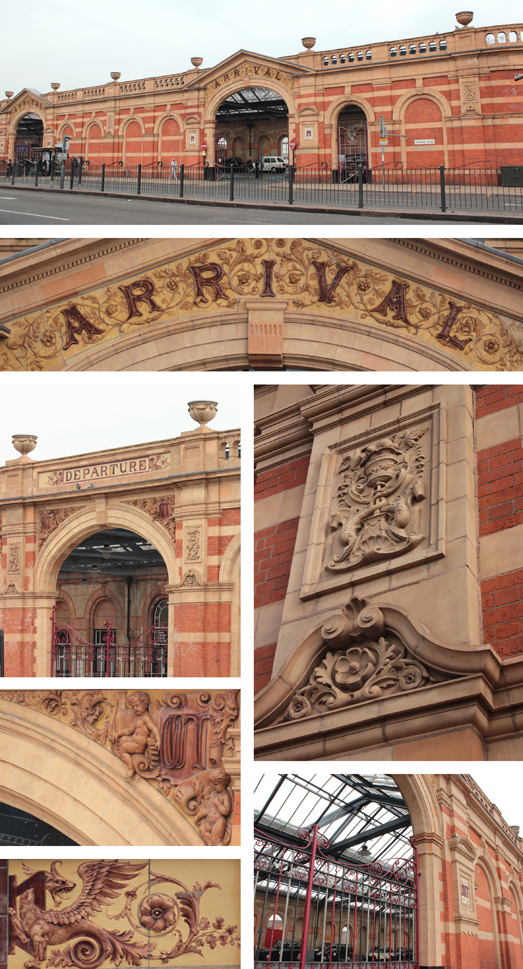 All the architectural detail was designed to reflect the importance of the Midland Railway Company and its MR initials appear many times on the building resulting in more loverly lettering.