F is for Four Winds

Last year when I was doing the A-Z Challenge I tried to get a good shot of this clock but it's high up above the pavement in the otherwise nondescript Charles Street in Leicester and all my attempts suffered from huge lens distortion. Recently though I just happened to be on the top floor of a nearby multi-storey car park and suddenly through a gap in the surrounding buildings there it was looking back me. 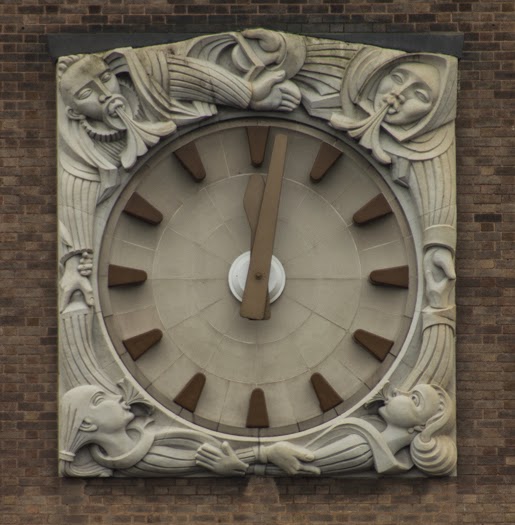 It's called the Four Winds Clock and I suspect it goes largely unnoticed by the passers by below, though it measure a fairly hefty 3.62 metres by 3.24 metres. It’s situated on the central tower of Halford House which was built for the Leicester Temperance Building Society by Pick Everard Keay and Gimson between 1955 and 1959. The sculptor was Albert Pountney and it is carved in Portland Stone. 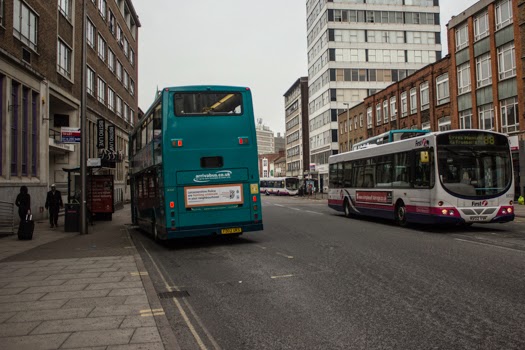 A typical view of Charles Street. The clock is way up out of view on the building on the left.