C is for Cardinal

Cardinal Wolsey (1473-1530) rose from modest beginnings to become HenryVIII’s Lord Chancellor. A shrewd political operator, he eventually came to wield immense power. However his inability to secure the annulment of Henry’s marriage to Catherine of Aragon led to his ultimate fall from grace. Whilst in Yorkshire, Wolsey was ordered to London to answer a charge of treason but fell ill on the journey and died at Leicester Abbey. 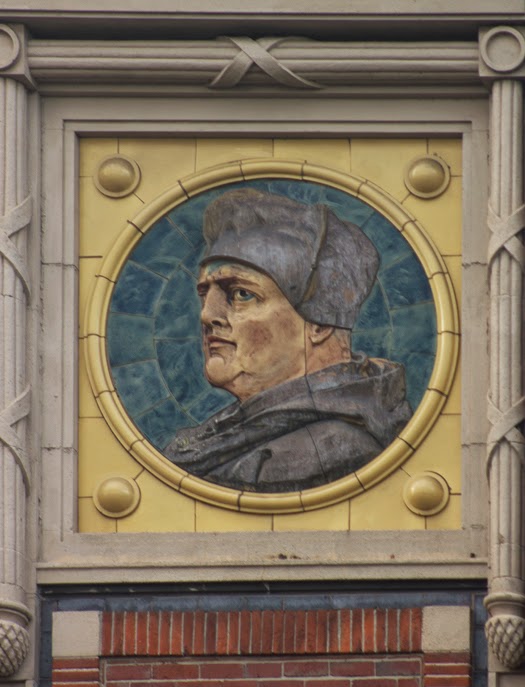 This relief portrait in faience of Cardinal Wolsey (c.1923) is situated over the entrance to the former Wolsey Ltd warehouse on Abbey Park Street, Leicester. The artist is unknown. 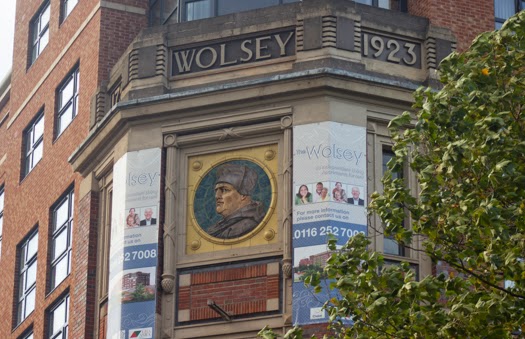 The Wolsey knitwear company was founded in Leicester in 1755 and by the 1880’s was the largest hosiery manufacturer in the city. It is still in existence today. More information about the company’s history can be found here: http://www.wolsey.com/Static/History_1755