Welcome to the first blog of 2014 and a belated Happy New Year.

Yes I know it's a bit late but I've been a bit preoccupied with editing my Work in Progress and haven't been going out with the camera much. However I spotted this in Leicester the other day on the side of a barber's shop. In case there's any one left on the planet who doesn't know, the remains of Richard III were found beneath a car park in Leicester back in 2012 and he's been making his presence felt round the city ever since. 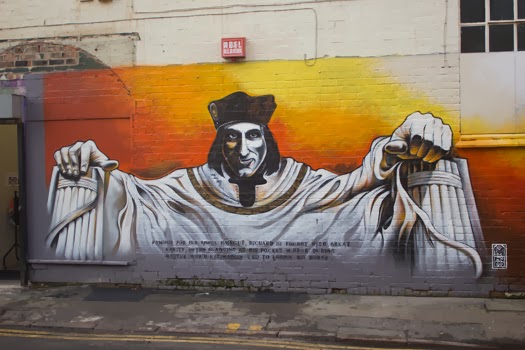 I acquired Adobe Lightroom just before Christmas as part of a photography course I was doing and managed to get sidetracked sorting and cataloguing all my photographs (yet another reason why I'm behind with the blog). It was surprising how many I'd forgotten about, such as this one. Am I being paranoid or was this building watching me? 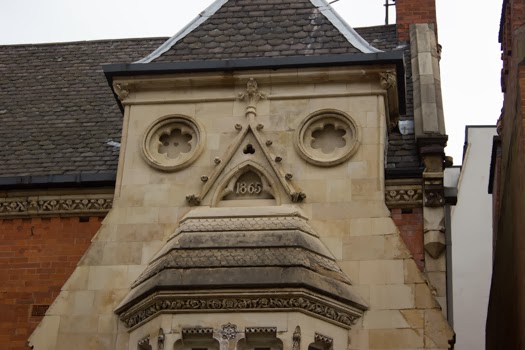 And while I'm on the subject of things with faces, how about this wheelie bin? Do we really need CCTV? 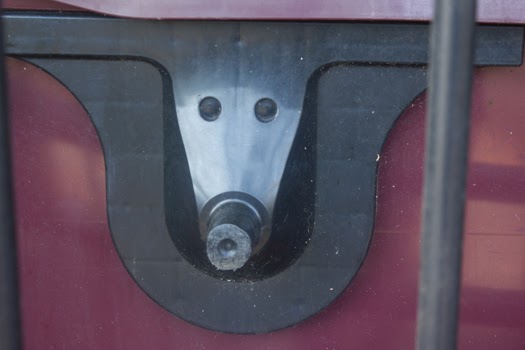