Earlier in the year when they first announced that there was to be a production of A Midsummer Night’s Dream amongst the ruins of the old house in Bradgate Park we optimistically bought tickets. I say optimistically because as everyone knows you can’t rely on the sun to shine through an English summer and we’d probably end up watching from under brollies.

But how wrong we were. Sunday 14th July, (not quite midsummer night) proved to be an idyllic summer evening. Perfect for a picnic and a play. It’s a beautiful place and made a fantastic backdrop. Even the resident peacock entered into the spirit of the evening and joined in as though on cue.

The performers were from the Chapterhouse Theatre Company and were excellent despite some competition from a light aircraft which decided to circle overhead for a while.

The house is famous as the childhood home of Lady Jane Grey and the performance was dedicated to her, as 460 years ago she would have been half way through her ill-feted nine day reign. 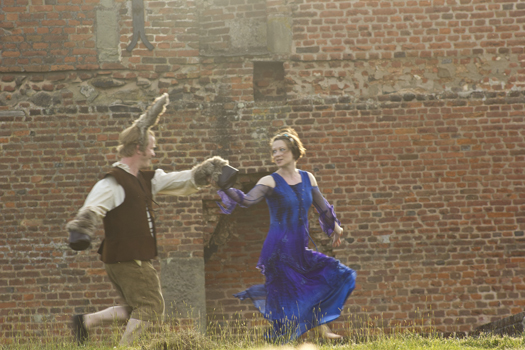 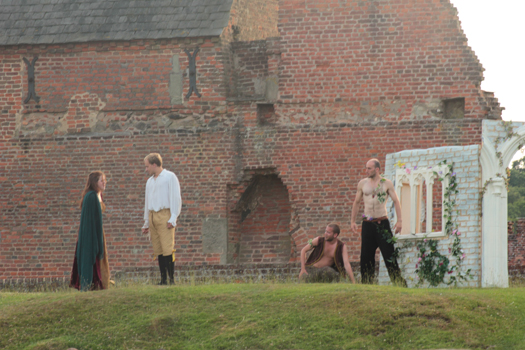 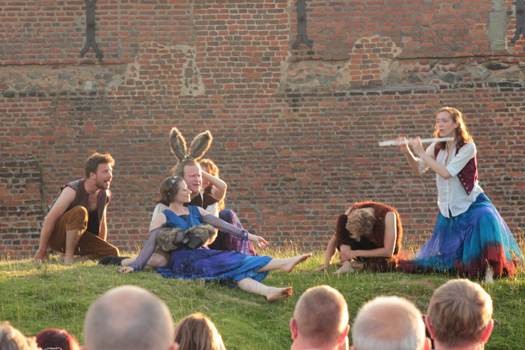 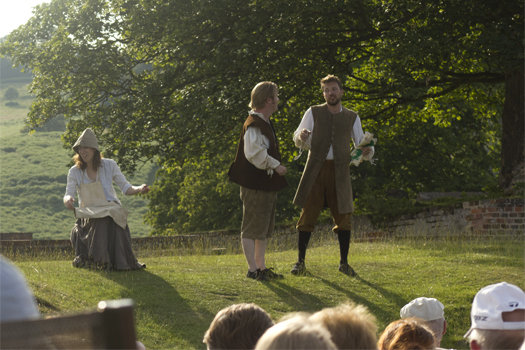