I finished the 80,000+ word draft of my novel but I knew even as I was writing it that I was unhappy with one of the plot threads. The denouement was overly complicated and involved one character explaining the whole thing to another. Never a good thing except in Agatha Christie novels. Then it came to me what I should do, the clues were there for the most part and even though I was the author I hadn’t seen them. So it needs a bit of a rewrite, but nothing too major. Must buckle down and get it out there. I’m rapidly running out of excuses.

Thinking time consisted of a walk into Leicester City Centre. It takes about an hour and a half from my house but sadly the route passes through the less than idyllic Frog Island area of Leicester. The old factory building (top two pictures and bottom right) looks as though it’s in the process of being demolished but in fact it’s been in that state since vandals broke in and set fire to it in 2011. This, alas, seems to be the fate of too many of the old Victorian factories in Leicester. It’s soul destroying. 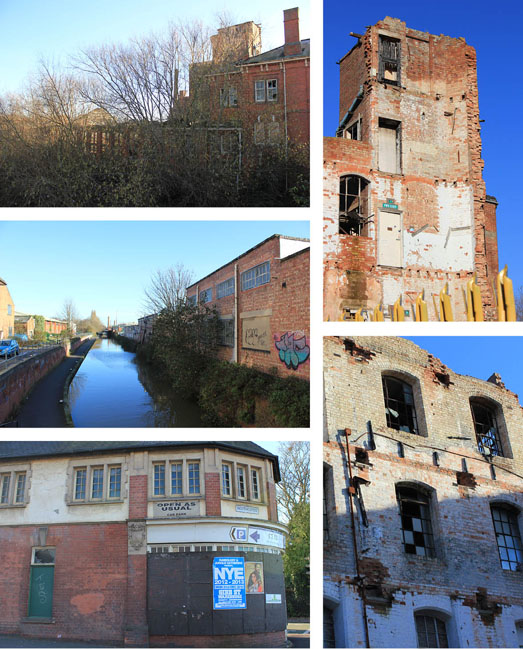 However, close by in High Cross Street stands All Saints Church which has a charming clock above one of its doors. The church was left stranded when they built the inner ring road and is no longer used for worship. Perhaps though the surrounding area will be sympathetically developed in the near future and the church will find itself in good company again.

I took these photos at noon just as the little men were hammering on their bells. I wander how often they manage to make themselves heard above the noise of the traffic. 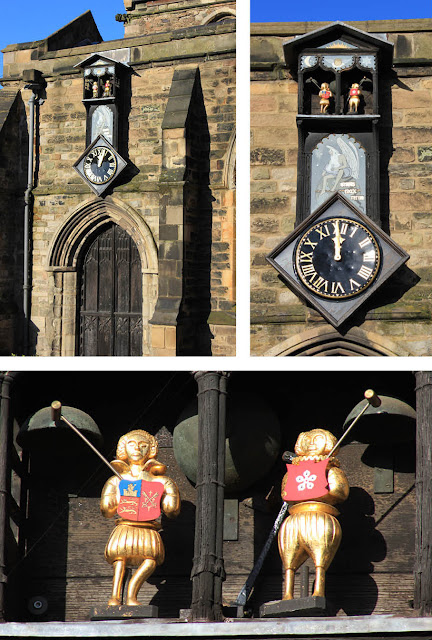