November is over and a collective sigh of relief is going up around the world. NaNoWriMo (National Novel Writing Month) is over for another year. Anyone who manages to produce the required 50,000 words in 30 days deserves a well-earned pat on the back but if the novel is half decent then NaNoWriMo is just the beginning. The real work starts now.

I completed NaNoWriMo a couple of years ago and I’m still working on the rewrite. I’m almost there or to be more precise the first draft is almost there and it bears very little resemblance to the NaNoWriMo version.

With the support and encouragement of my writing group, I’ve been urged to get it finished. They’ve heard some of the chapters and on the whole they’ve been reasonably positive but no one’s read it through from beginning to end. A part of me doesn’t want them to. It’s a pretty scary prospect and I'm prepared to go to great lengths put the moment off. An edit here, a rewrite there. It's all just excuses. What I need is to hear what people think of the piece as a whole. Does it hang together? Does it even make sense? There’s only one way to find out and as I said it’s a scary prospect.

A few of us are in a similar position, that is trying to finish a major work, and we do our best to keep each other going. November, being NaNoWriMo and a month of furious writing activity, has spurred us on to get finished – the next artificial deadline being 31st December. After that we’re into making writing resolutions for the new-year!

Took some time out last week to walk round Beacon Hill in Leicestershire, pictures below. Is it just me or can anyone else see a dog’s head in the rock formation? 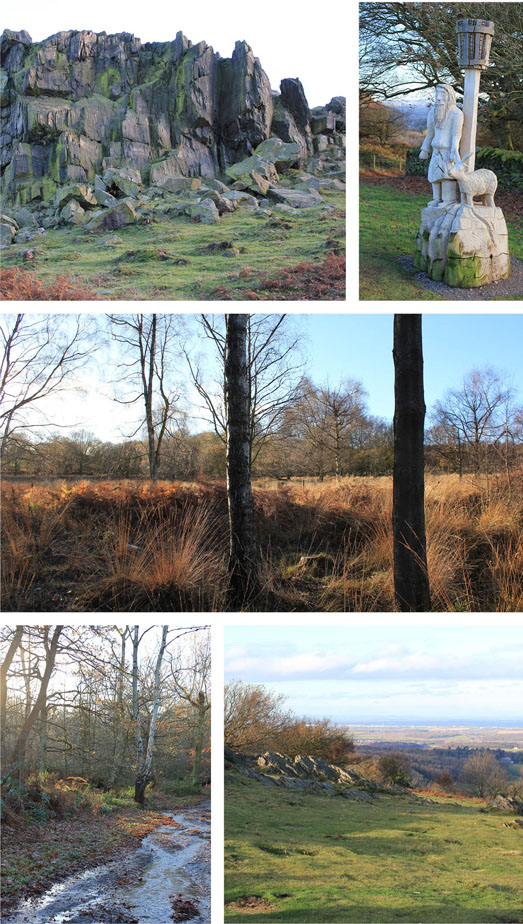