Characters on the loose 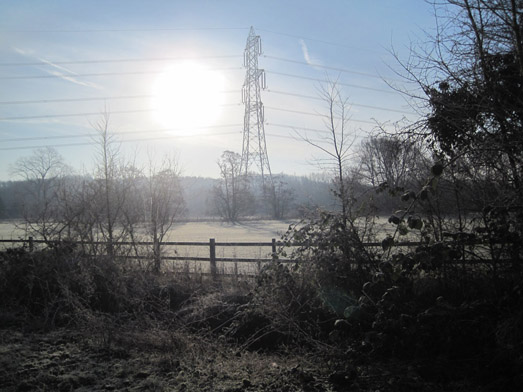 It’s been cold and frosty or cold and wet, so not much walking this week. Trying to focus on the writing and preparing for Christmas so I haven’t had the camera out much either.

The writing is going fairly well, by which I mean I don’t hate it at the moment but I was premature in thinking I’d finished the draft. Glad to say I’m back over 80,000 words again and going strong.

I've been thinking a lot about my characters. I met a poet friend for coffee recently and we had a discussion on whether you create characters or they create themselves. I tend towards the later. I’m sure mine have been conspiring to lead me down blind alleys but I think I’m beginning to get the measure of them now.

A while back I was rereading Flann O’Brien. My favourite work had always been the wonderfully surreal The Third Policeman but since attempting a novel for myself I've begun to really appreciate At Swim-Two-Birds. In it, O’Brien takes the idea of characters leading lives of their own to absurd lengths. It’s novel about a man (the unnamed narrator) writing a novel about a man (Dermot Trellis) writing a novel. Trellis’s characters, however, rebel and plot against their creator while he sleeps. They then set off on a quest to find Trellis’s son (the product of an unholy union between Trellis and one of his characters). The son is then commissioned to write a novel in which the hideous Trellis is captured, tortured and tried so they can be rid of him.

Fortunately my characters aren’t quite so mutinous or I don't think they are, though I have found myself nodding off in the afternoon once or twice recently. However if you happen to see some people in Victorian dress wandering about looking lost, they might belong to me. Tell them I’d love to give them all happy lives but that would make for dull fiction.