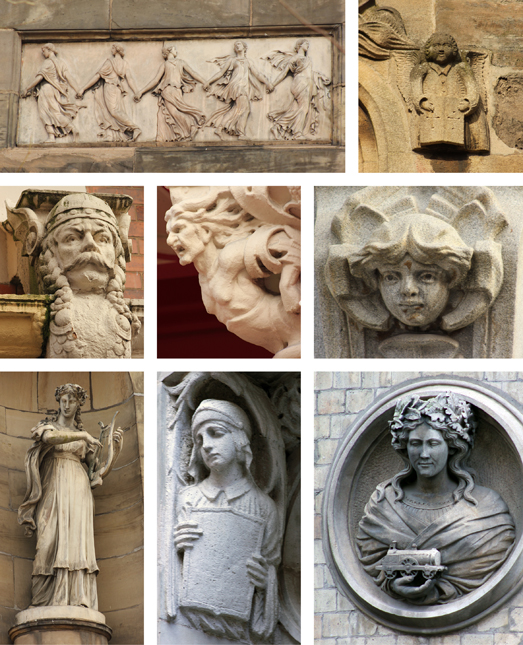 Another trip around Leicester City Centre and a few more faces that I thought I’d share. I’m afraid that they’re becoming an obsession and I intend to go on collecting them. Now that I’ve started, I see faces jumping out at me everywhere I look. Scary!

Working from left to right, top to bottom they are:

Relief panel from the City Rooms, Hotel Street, 1792-1800: a free copy of a once celebrated classical antique relief called the Borghese Dancers.

Figure holding a shield from the façade of Leicester Cathedral.

Music, statue in a niche on the façade of the City Rooms by John Charles Felix Rossi and John Bingley. 1796

Decorative half-figure in corner of an entrance recess of a former warehouse built for Pfister and Vogel in Rutland Street. 1923.